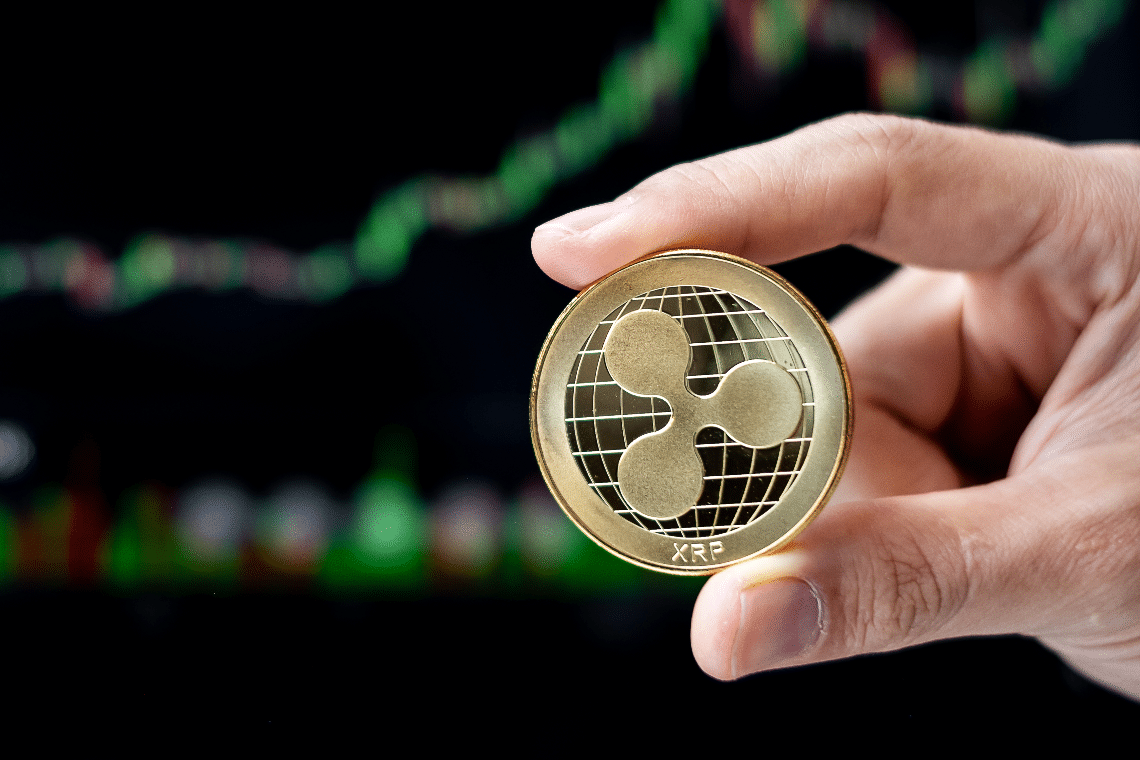 Cryptocurrency has been the talk of the town for the past few months, but recently Ripple (XRP) has stolen the limelight.

XRP continues to make parabolic moves for the second day and in the past 10 days, it has soared from $0.6 to over $1.96.

A brief on XRP

XRP is a digital asset created for the XRP Ledger. It is a payment settlement and remittance system similar to SWIFT that adopts a consensus mechanism in which transactions are validated by a network of servers. Unlike Bitcoin, a digital currency and an alternative to fiat, XRP tokens are used in the Ripple payment system which is less costly and faster than the bitcoin network and other traditional payment systems.

The lawsuit of Ripple against the SEC began in December 2020, with the company and its executives being called for selling over $1.3 billion XRP token illegally, as XRP is considered as unregistered security by the SEC.

Due to the lawsuit, the price of the XRP token dropped to a new yearly low of $0.17. Exchanges including Coinbase and Kraken suspended trading of XRP amid the case.

Why does the case matter?

The lawsuit gathers a good amount of attention because it may have a significant impact on the future of crypto regulation. And the timing of the filing of the lawsuit – seven years after Ripple issuing XRP tokens and a time of cryptocurrency going mainstream – has many people wondering whether the lawsuit is only aimed at XRP.

The difference of opinion lies in whether the XRP token is a security. If the answer is yes then XRP should be subject to the monitor of the SEC; if no, Ripple and the market should get fair notice from the SEC.

If the XRP token is treated as a security, it could be a precedent for the application of securities laws to the trading of other digital assets. A large number of exchanges and market-makers will need to go through lengthy and complicated regulatory procedures. As a result, many digital assets can no longer boast themselves of their efficiency and low cost. And regulation on the cryptocurrency market may tighten.

At the moment, the odds seem to favor XRP.

“The SEC seeks to regulate a novel and innovative financial asset by bringing an ill-conceived enforcement action in an undeveloped and highly uncertain area of the law.” reasoned the statement.

Judge Torres recognized XRP’s utility and currency value, saying “My understanding about XRP is that not only does it have a currency value but it has a Utility and that utility distinguishes it from Bitcoin and Ether.”

Peter Brandt, the famous analyst with four decades of experience, saw a “possible inverted head-and-shoulders with a stunted right shoulder” in XRP’s weekly price chart, indicating that new all-time highs are yet to come. 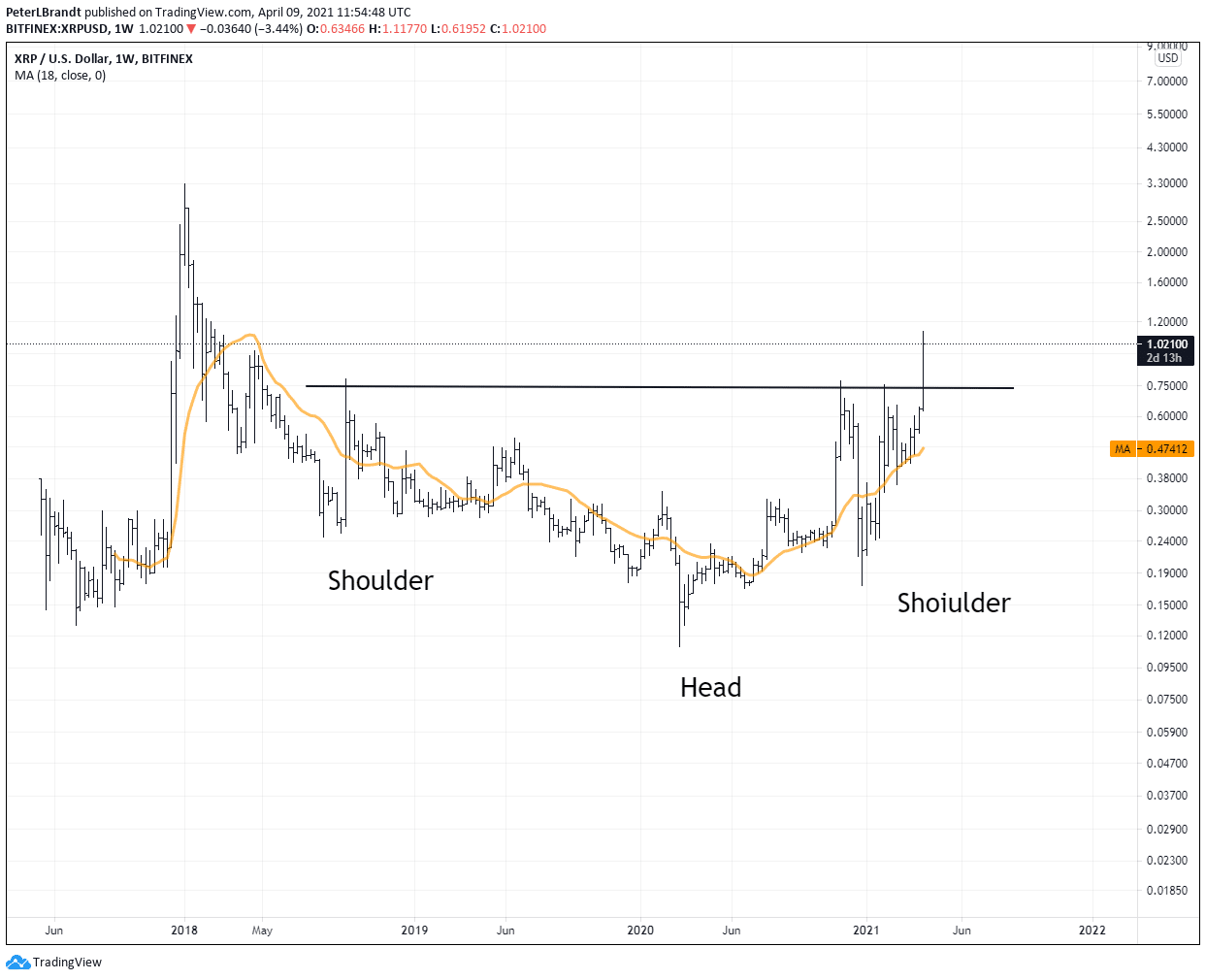 Although many cryptocurrency exchanges operating in the U.S. halted XRP trading, some exchanges, such as Bexplus which offers access to U.S. traders, still have XRP on their lists. According to Bexplus, XRP/USDT is now the second most traded futures pair. Established in

Trade XRP on Bexplus and Get a 100% Deposit Bonus!

*This article has been paid. The Cryptonomist didn’t write the article nor has tested the platform.

The post XRP Triples Within Weeks, Why The Market Stays Heated and Bullish? appeared first on The Cryptonomist.