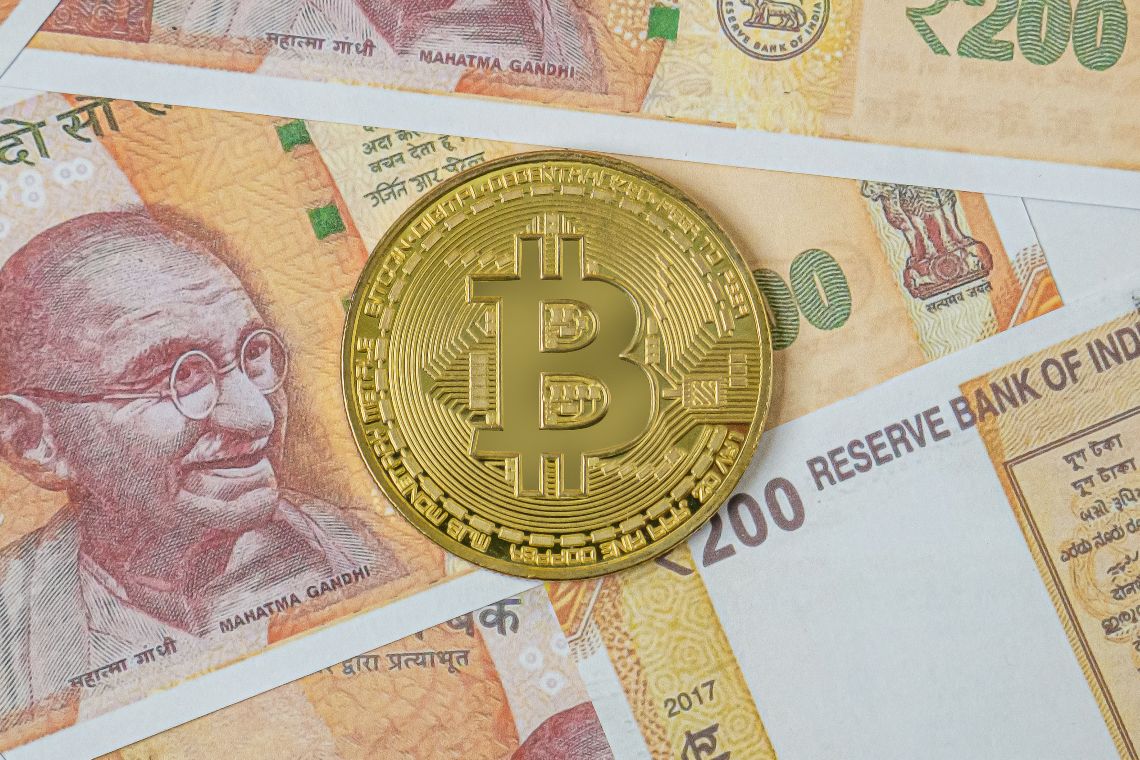 One of the markets where the competition between bitcoin and gold is most pronounced is certainly India, as Indians are historically big investors in gold.

In fact, it is estimated that Indian households own more than 25,000 tonnes of gold, although lately bitcoin is also making its way into the country.

According to Chainalysis, in the last year alone, cryptocurrency investments in the country have grown from around $200 million to nearly $40 billion, an increase of 20,000% in just one year.

What is most surprising, however, is that this incredible increase has occurred despite numerous efforts by the government and the country’s central bank to discourage, if not outright ban, investments in cryptocurrencies.

It is estimated that there are now more than 15 million crypto investors in the country, which is less than the 23 million in the US but more than the 2.3 million in the UK. However, with a population of over 1.3 billion, the percentage of Indians active in crypto markets is still very low at 1%.

Of these 15 million, the largest proportion would appear to be millennials, and in particular Indians under 35 who, according to World Gold Council data, are less attracted to gold than previous generations. They are also more risk-averse.

Bitcoin’s growth in India and the resilience of gold

It is worth noting that the size of the Indian crypto market is still tiny compared to that of gold, but the growth trend is resounding, especially after the ban was declared unconstitutional in March last year.

There are several stories of Indians who have stopped investing in gold and started investing in bitcoin and cryptocurrencies, sometimes even going into debt to speculate on them.

On the other hand, the fact that many Indian families already own gold suggests that they might be interested in experimenting with new investment opportunities, especially if they are convinced that these could bring significantly higher returns.

So in a fundamentally bullish market, such as the crypto market of 2021, the illusion of easy gains may have prompted many Indians to jump into cryptocurrencies, although the results they have actually achieved so far are not known.

However, there is also another factor that makes some Indians prefer bitcoin to gold, namely the ease of purchase. The process of buying cryptocurrencies is much simpler and more accessible to everyone, and it is easy to make small purchases online without verification.

The post Even in India, people prefer bitcoin to gold appeared first on The Cryptonomist.