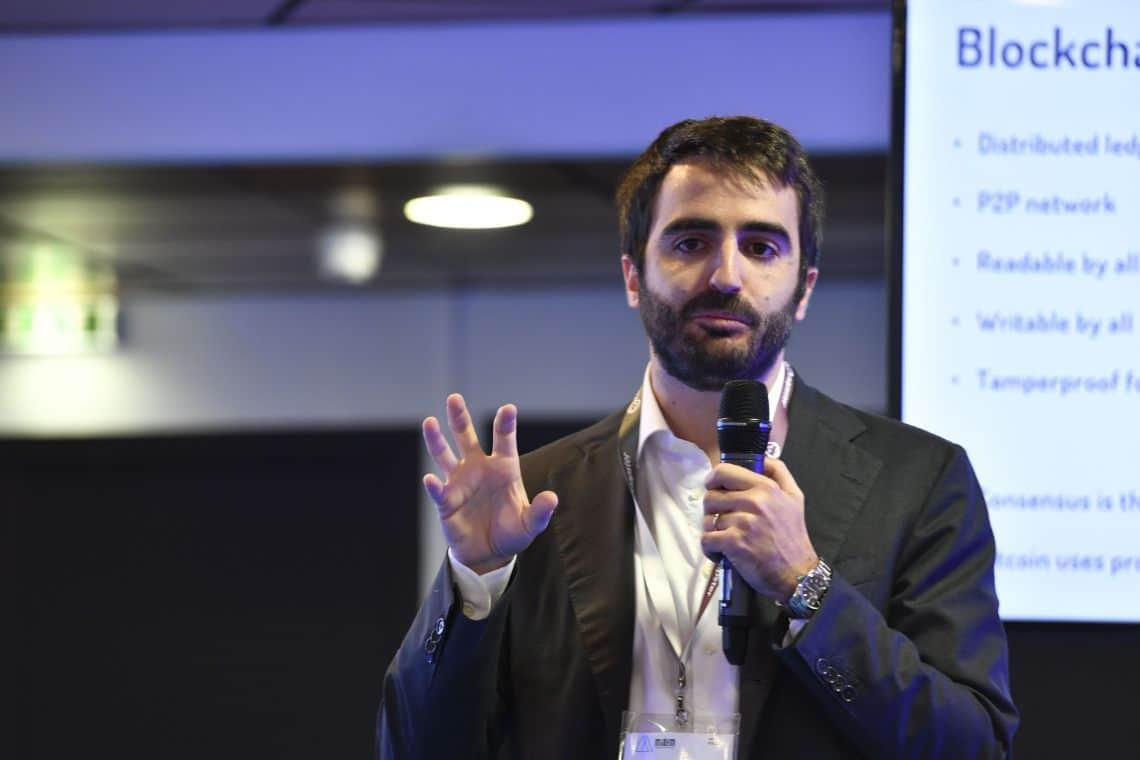 A few weeks ago, following the late-2019 announcement of a partnership between Algorand and SIAE, the Italian society of authors and publishers that protects trademarks and songs, came the announcement of the creation of a new NFT platform, the first milestone in a long-term vision.

The Cryptonomist had the chance to interview Matteo Fedeli, Director of SIAE’s Music Division, to better understand what the company’s intentions are and why it chose the Algorand blockchain.

What is SIAE tokenizing exactly?

We have a path in mind that is less about creating NFTs and more about recreating onchain, on Algorand, an ecosystem that is now offchain. For now, we have not yet created assets that represent intellectual works, which is what SIAE manages, as we are one step before that. Today SIAE has more than 100,000 members, so 100,000 people protected by SIAE, who have deposited millions of works. In the roadmap we have envisioned, before we could even think about representing the works onchain, we first have to represent the rights holders, since each NFT has to contain within it the information to know who has to be remunerated when that work is used.

So that was our first big step: representing the individual rights for each subject we represented. For each author or publisher, we manage a lot of rights, which can also be categorized by several countries. In total, we created 4.5 million NFTs to represent all the rights of our members.

Step by step we will complete the various stages outlined in the roadmap, with increasing difficulty, with the aim of rebuilding the entire ecosystem, given that in order to work (well) it must be all onchain, not just part of it, otherwise we will find ourselves inexorably at the impasse of having to trust information born and managed offchain. This is the only way it makes sense: by having all the fundamental metadata directly on a blockchain.

After uploading the information on rights holders, it will be time to register all works and records onchain, i.e. also all recordings made by different artists but related to the same intellectual work.

What could be the use cases of this system? What problems could having everything on the onchain solve?

After all this, we can finally have a link to the information managed by the DSPs (Digital Service Providers) on which records are uploaded. Having all the metadata on records, intellectual works and rights holders onchain would in theory allow us to know whose money is generated by that single stream, through the “simple” application of smart contracts.

In addition, another great advantage could be to overcome the current oracle role of the DSPs, which are the only ones today to manage the information of the “playcount” of a certain piece. The next step will be to be able to ask – with a strong push from the market and perhaps from supranational bodies – to manage this data onchain. At that point, the journey of copyright can finally be transparent end-to-end.

All this will probably take a few years (3, 5?), but Nokia’s case should remind us that sometimes technological progress surprises even the best ones. Only four years passed between 2007 and 2011…

Have you thought about how this fully onchain system could solve the problems of fighting piracy?

Yes, though obviously it will take some time here too. The problem nowadays is certainly also related to formats. An mp3 file can be taken and copied indefinitely, and each copied file can be played indefinitely. In the future we might see an mp(27?) format, which has the data to play the song in high definition but which is cryptographically protected, so it can only be listened to by those who have the private key. For example, my app makes a request to a blockchain-based infrastructure to play a song. If it has the permissions (e.g. a valid subscription for that playback context), the infrastructure can give the OK to the playback by sending a private key and, at the same time, the direct routing of the remuneration of the rights holders of the reproduced work can also be triggered, directly to their wallet.

Why does SIAE want to achieve decentralization, is it not afraid of losing control of the system?

The interesting thing is that SIAE can do all this because, being a non-profit organization, it is not afraid to research a way to decentralize all these operations, and not be in total control of them.Certainly other intermediaries, such as Booking, Airbnb or Uber, for instance, would find it more difficult to do so because – rightly – they aim to gain from the control and management of information.

Why did you choose the Algorand blockchain?

In addition, a blockchain like Algorand that uses Proof of Stake has the ability to not consume so much energy and to be particularly scalable. These are key features if you aim to handle millions of onchain transactions..

We are not married to Algorand’s infrastructure, but we chose it out of the various solutions that the market offers today, as it seemed to us to be the one that would ensure that we could best develop our business.

Overall, we see Algorand as our Amazon Web Services for blockchain, a technology provider that serves as an enabler to develop our business.

That’s why we didn’t want to create our own dedicated blockchain, just like I don’t want to create any infrastructure to get services that Amazon Web Services can provide me, managing them much more efficiently than we ever could and with incredible scalability.

In a nutshell, Algorand is the market solution that to date gives us the most assurance that we are investing in something that is most likely to remain as a market benchmark for the foreseeable future.

The post SIAE: “We chose Algorand as our blockchain” appeared first on The Cryptonomist.