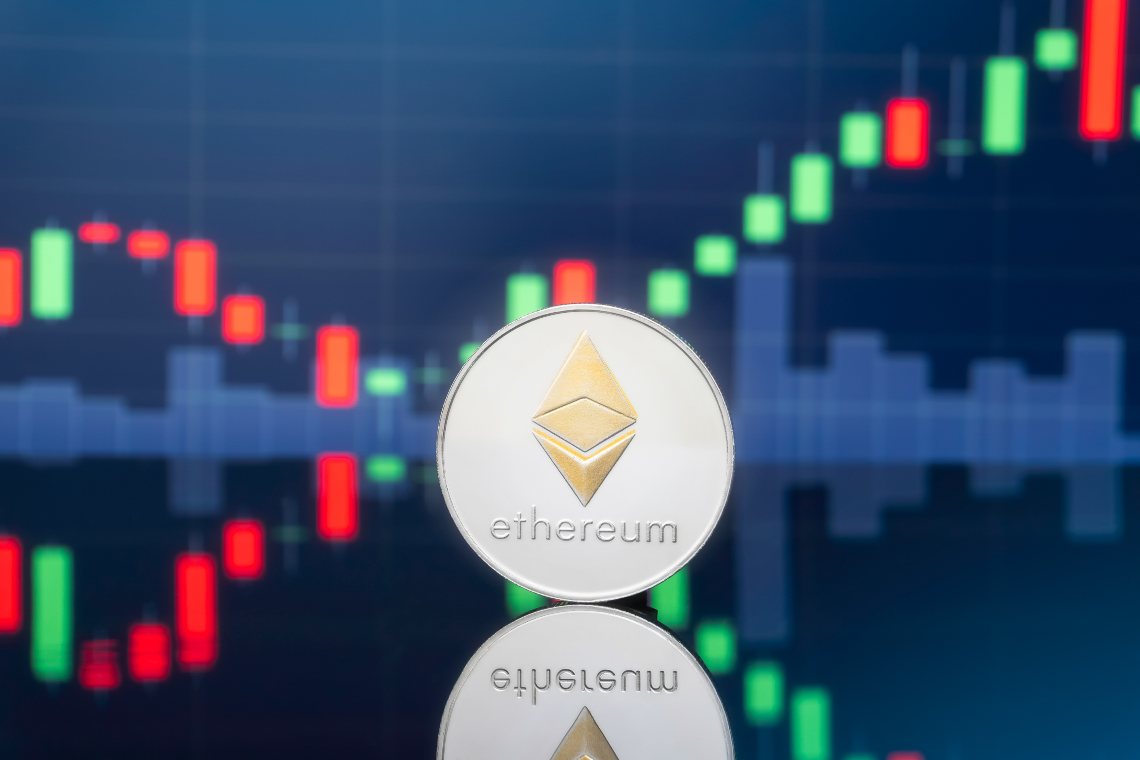 The Easter egg surprise brings new records for Ethereum, which breaks $2,150, a level never seen before. ETH has tripled in value since the start of the year, with a gain of over 200%.

This marks the start of the altcoin season, which many have been waiting for. In fact, not only Ethereum has set new historical records, but also Binance Coin (BNB). New records have also been set by Polkadot (DOT) and VeChain (VET).

Among the big names, XRP also shone again and gained more than 50% today, climbing above one dollar for the first time in more than three years. This has not happened since March 2018. Users seem to be taking for granted their victory in the lawsuit filed by the SEC last December.

In the last few hours, smart traders have also noticed how Binance’s APIs (the programming code that transfers data to third-party applications) have become active again for Ripple, suggesting a clearance by one of the world’s leading exchanges that may be listing the Ripple cryptocurrency again.

Ripple has also climbed up the rankings and with the rise of the last few days, it has jumped back up from 7th position to 4th position among the most capitalized cryptocurrencies.

In the last few days, the total trading volume has risen again to over 500 billion dollars, which is above the average of the last few weeks but below the record highs of last February. Over the long Easter weekend, despite Ethereum’s record prices, trading is still relatively low. 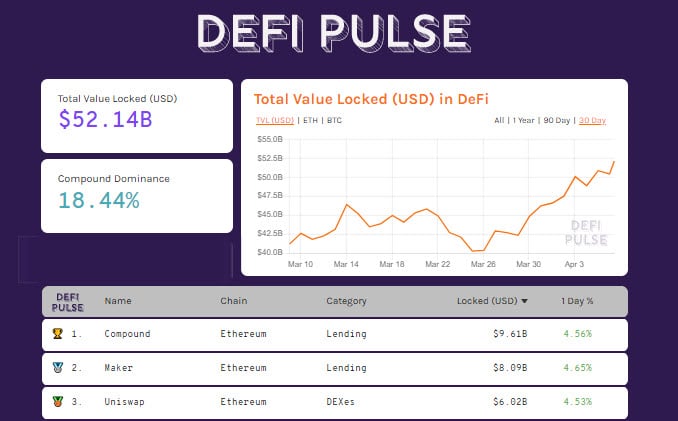 In these hours, DeFi recorded new absolute records, rising above $52 billion TVL for the first time. The number of Ethereum is now close to 11 million ETH locked on decentralized finance protocols, an increase of about 1.5 million pieces from last Friday’s levels.

What’s dragging the records down is the increase in value that in recent days has seen Compound, a lending and financing project, undermine Maker’s dominance, becoming the project with the highest value just short of $10 billion.

Maker follows with just over $8 billion. In third place, Uniswap, with $6 billion, consolidated its position as the most popular decentralized exchange (DEX) for traders.

For the first time, the UNI token takes eighth place in the overall ranking of the largest capitalized exchanges.

While the altcoin season has been officially inaugurated, Bitcoin remains quietly clinging to the $60,000 mark, despite falling to 55% dominance, its lowest level since June 2019.

Bitcoin’s medium-term bullish price trend remains unchanged. During the current week, it is necessary for the price of Bitcoin to consolidate above $56,000, a level that coincides with the bullish dynamic trendline that has accompanied the price’s rise since the end of last January.

A failure to confirm above $60,000 could trigger profit-taking and increase short-term bearish speculation.

Last week’s break of the previous highs above $2,035 is confirmed by Ethereum’s ascent to over $2,150 in recent hours. It is a movement that officially inaugurates the new quarterly cycle that seems to benefit from the first days of a bullish force that if confirmed would push Ethereum prices towards new heights.

The post Record-breaking Ethereum reaches $2,150 appeared first on The Cryptonomist.