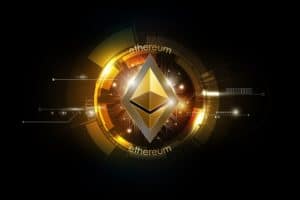 Do Pivot Points work on cryptocurrencies? This article will attempt to answer this question by defining precise rules and creating a trading system that will be used on Ethereum.

Pivot Points: what they are and how can they be used on Ethereum

Pivot Points have been used by many traders around the world, even since the markets were still being “shouted”. It was a floor trader named Neil Weintraub who invented and used them for the first time. They represent the union of several mathematical formulas that identify several price levels. Specifically, they are formed by:

To better identify these levels and their behaviour over time, refer to Figure 1, where the price levels identified by the formulas and colours described above are shown graphically.

The terms “highd1” and “lowd1” represent the high and low of the previous day, respectively.

It is worth noting that the levels are calculated only once a day, this is because the data fed to the indicator all refer to levels of the previous day, hence to the session that has already ended. They will therefore remain the same throughout the next session.

The Pivot Points in the collective imaginary are used like levels of reversal, but as we will see in the continuation of the article, this pointer can be used with success also with more traditional logics, like the “trend-following”.

We then proceed with the application of one of the classic uses of Pivot Points: trend following on the R1 level (for long). The strategy being developed on Ethereum will only make long entries. More specifically, we will buy with “stop” orders on the R1 resistance level. An example of the pattern in question can be seen in Figure 2.

At this point, all that remains is to carry out tests that can confirm whether these levels also work on markets such as cryptocurrencies, which have always been traded 100% electronically and have never seen trades made through physical exchanges. Something that, for many people, 20 years ago would have been hard to believe.

How to do the tests on Ethereum

The strategy was built to work on Ethereum, the world’s second most capitalized crypto and a highly successful blockchain. Hundreds of platforms, crypto exchanges and many other digital applications are now built on it, relying on this blockchain to validate their transactions and users.

We will use 30-minute breadth bars. Purchases will be made when the resistance threshold (R1) is exceeded, after which positions will be closed at the end of the session. An ‘intraday’ strategy will open and close its positions in 24 hours at the most.

Orders will only be placed from 4 AM. Exchange time (Greenwich Time) until 11 PM., one hour before the end of the session. This is a hypothetical end of session, as crypto prices are open 24 hours a day and do not follow any holiday rules.

Figure 4 shows the equity line generated by the system just described with Binance data, as of August 2017. In this timeframe, we have gone through market phases with very high, almost extreme volatility, truly not for faint hearts. Examples are the years between 2017 and 2018, or 2021 and 2022.

This crypto, albeit in a milder form than other altcoins, experienced drawdowns and stratospheric returns, all in the space of a few months. A sort of extreme rollercoaster, the kind that only the bravest (or most reckless) people enjoy.

Conversely, one can see that the strategy would have produced much more comfortable results. It probably would not have created millionaire traders! However, it is worth noting that there is currently no form of reinvestment of profits within the calculation of ETH to be bought, and perhaps introducing this would see something more akin to the so-called ‘buy&hold’ (figure 3).

Very positive results, visible from the resulting equity line in figure 4, which bode well for the possibilities of using Pivot Points on other cryptocurrencies as well.

Trend following, as a method of approaching crypto, continues to prove to be one of the most effective. In fact, the trigger calculated on the pivot point of resistance R1 has been able to provide excellent starting points for long entries.

Hence the invitation to always be curious in seeking new ways to invest and trade in the financial markets. Not always will one be able to arrive at good results, but the path that leads to these conclusions will in any case enrich the technical baggage of the trader who follows it.

The post Pivot Points on Ethereum appeared first on The Cryptonomist.