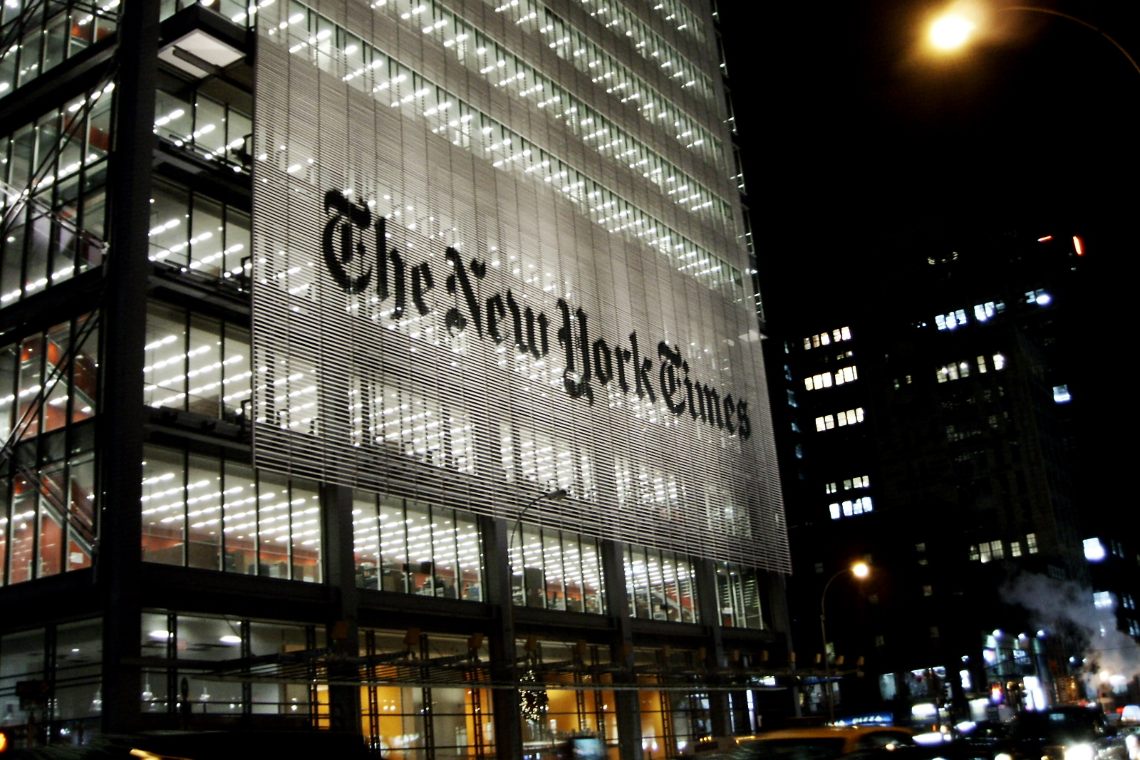 After Twitter, the New York Times also entered the NFT market a few days ago. NFTs, or Non-Fungible Tokens, are digital certificates based on the blockchain and are becoming a real technological fever for collectors.

A columnist from the newspaper in The Big Apple sold one of his NFT articles for $563,000, which will go to a charity that helps people in need.

The article, by Kevin Roose, is titled “Buy This Column on the Blockchain!”.

In the article, the author explains that:

“Normally, I’m not allowed to make sales pitches in my columns. But this time is an exception because what’s for sale is the column itself. That’s because I’ve decided to enter the freewheeling world of nonfungible tokens, or NFTs, the newest frontier in the cryptocurrency gold rush. This is my first experiment”.

One could even say that this experiment went rather well, if one looks at the amount of money it was sold for: the winning price exceeded $500,000.

The New York Times article that became an NFT

A column about NFTs which, in turn, has been turned into an NFT and auctioned.

The experiment was done to test the market and to understand which items could be sold as non-fungible tokens.

Roose explains further in his editorial:

“The biggest perk of all, of course, is owning a piece of history. This is the first article in the almost 170-year history of The Times to be distributed as an NFT, and if this technology proves to be as transformational as its fans predict, owning it might be tantamount to owning NBC’s first TV broadcast or AOL’s first email address”.

At the end of the 24-hour auction, a collector by the name of Farzin won the item with 350 Ethereum, worth $563,000, which goes to the Neediest Cases Fund.

The journalist himself was surprised by the outcome of the auction and the high bids it attracted, stating on Twitter that he could not:

The terms of sale of the NYT piece guaranteed the winner of the auction the token with a link to an image of the article in PNG format; no copyright or reproduction rights are attached to the NFT and the token does not confer the copyright to the article.

Under the terms of the agreement, Farzin may be featured in a subsequent Times article and as an added bonus the purchaser will also receive a short personalized voice note from Michael Barbaro, host of ‘The Daily’.

Some time ago Jack Dorsey, one of the founders of Twitter, sold his first tweet, also a technological relic, in the form of a Non Fungible Token for 2.9 million dollars (which went to charity); while Christie’s auction house sold a completely digital work by the artist Beeple for 69 million dollars, also recorded as an NFT.

In short, the NFT market is a new market linked to blockchain and cryptocurrencies that is spreading fast and becoming an important resource for less liquid markets, such as top-level real estate, art and copyright.

The post New York Times article sold with NFT for over $500,000 appeared first on The Cryptonomist.