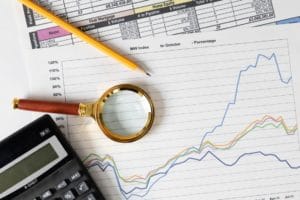 The markets seemed to have already priced in the increases, but the war has shattered the forecasts.

High inflation and the effect on the markets

The figure released a couple of days ago for annual inflation in the United States of America is truly sensational.

Wages (up 5.6% in past yr) are not keeping up with inflation pic.twitter.com/6gGXNpSQP5

Moreover, the single monthly figure for March, 1.2%, is the highest since the beginning of the pandemic.

This peak is due in particular to the increase in the price of gas, due to the war between Russia and Ukraine, but from April it could start to fall. In fact, the highest peak in gas prices in this period occurred on 11 March.

Rising food prices and rents have also had an impact.

The problem is that wages in the US rose much less in the same period ( 5.6%), failing to keep pace with inflation.

This leads several analysts to believe that there is a risk of stagflation, i.e. a period of stagnation without economic growth, but with inflation.

In reality, the financial markets do not seem to have taken it badly in recent days, but only because they had already predicted this scenario in recent months. In fact, the figure revealed on Tuesday was almost perfectly in line with expectations (8.3%).

While the price of energy products may stop rising from April, if not start falling, the problem of rents seems to be just beginning.

Shelter is the single biggest component of CPI (33% of Index) and is still being wildly understated (@ 5% YoY) with rents up 17% over the last year and home prices up 19%. The actual inflation rate is much higher than 8.5%. pic.twitter.com/AlbMysNVLb

At the moment, the increase in rental prices is not fully integrated into the inflation calculation, and could contribute to a further increase in inflation in the coming months.

In such a scenario, uncertainty continues to dominate, so much so that the S&P 500 index, for example, has been fluctuating between 4,000 and 4,600 points since the end of January without managing to return to the highs of 4,800 points reached at the beginning of the year.

In fact, the situation still seems worrying, according to an analysis of the fundamentals, not least because the current wave of inflation is the fastest in four decades.

In particular, a comparison of US inflation figures with those of other nations shows that US rates are currently among the 10 worst in the world.

The prices that have risen most are those for fuel, cars, and food, as well as all those heavily influenced by energy goods. 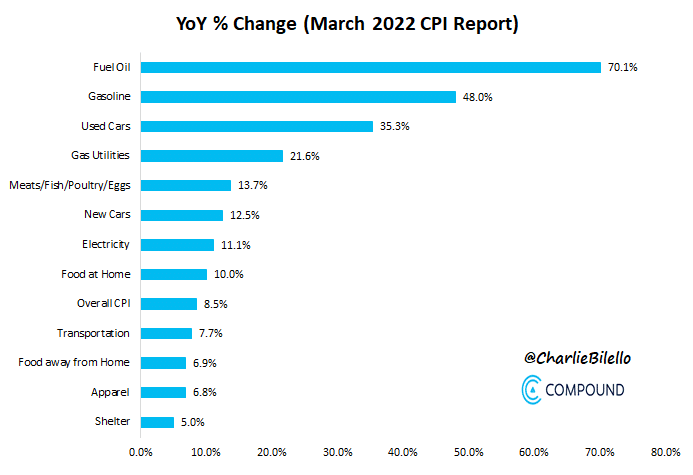 These dynamics are leading to a reduction in spending by Americans who are unable to maintain the same purchasing power as their salaries. If this situation continues, savings will start to be eroded and a dangerous downward spiral could be triggered.

In some ways the current phenomenon resembles that of 1972. 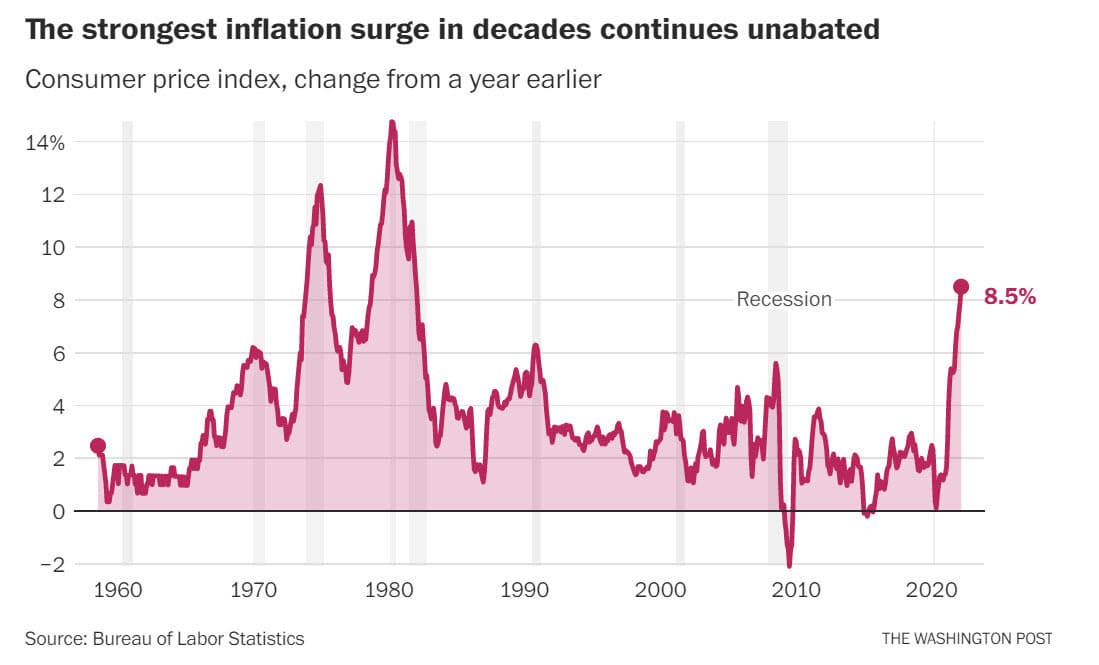 The beginning of this dynamic seems to have occurred in January 2021, thus the causes are not only to be found in the conflict between Russia and Ukraine, but above all in the Fed’s monetary policy of the last two years. 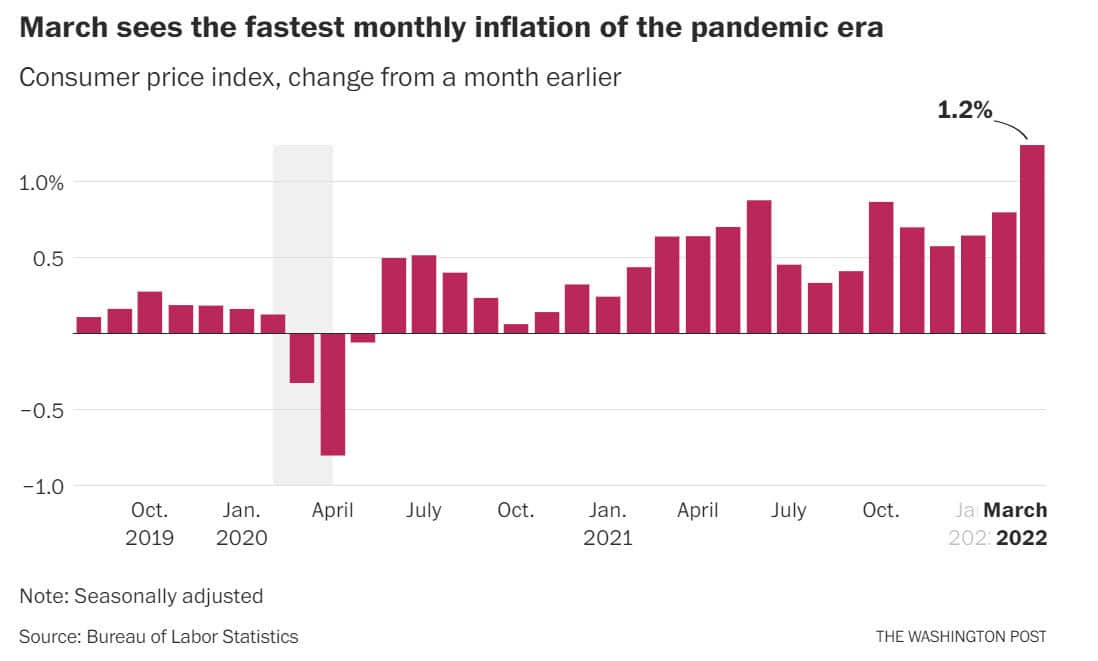 It is precisely the Fed that has taken appropriate new measures in recent months to try to keep inflation in check, despite the fact that the ongoing war is working against it in this respect.

In fact, the markets have been expecting a similar scenario for many months now, except for the rise in fossil fuel prices due to the war between Russia and Ukraine.

If this problem were to be resolved at least, we would probably return to a scenario of less uncertainty, but if the war goes on and gas and oil prices do not fall, we are still heading into the unknown.

The post Inflation at record levels. What will be the impact on the markets? appeared first on The Cryptonomist.