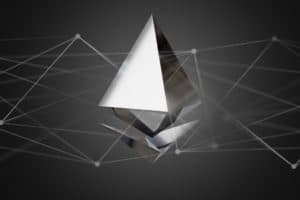 It now seems that Ethereum is ready for the transition to PoS that should radically change the ecosystem of the currency founded by Buterin.

It seems that everything is now finally ready to launch Ethereum 2.0, the new phase of the second-largest digital currency by capitalization, the first phase of which was launched in December 2020.

Ethereum’s much-anticipated new update may actually arrive slightly earlier, according to rumours, than its planned launch date of late June 2022.

The announcement was made by one of the developers who is participating in this important transition, Marius VanDerWijden, with a tweet on his social profile.

The new ETH 2.0 will see the cryptocurrency founded by Vitalik Buterin move from the energy-intensive Proof-of-Work (PoW) consensus mechanism to a leaner, cheaper and greener Proof-of-Stake (PoS) protocol.

According to some calculations, the new upgrade will save 99% of energy. This could also lead to a significant drop in fees, which are still considered too expensive.

Everything seems to be progressing very quickly, despite the discovery of a few bugs in the system that seem to have been overcome.

In fact, the new Beacon Chain update, which brings PoS to Ethereum, went live on 1 December 2021. The fact is that it is not yet incorporated into the main network because it is expected to work when the Merge finally takes place.

The effect of the Merge on the Ethereum ecosystem

According to some experts, such as well-known investor Mark Cuban, this news could cause the price of ETH to skyrocket to $10,000 by the end of the year. According to other experts, this move could lead to Ether surpassing the value of Bitcoin itself.

Aleksandr Pacha, CEO of CryptoWallet, a financial company that has created a cryptocurrency debit card, told Currency.com that:

“Ethereum has actually made huge progress towards ETH 2.0, the upgrade that will make Ethereum scalable and environmentally friendly. The major uptick in price we saw this year was largely due to EIP1559, an upgrade that burns more ETH to make it a deflationary asset. The more the network burns, the scarcer it becomes”.

On the other hand, it is precisely the great anticipation for the Merge that has driven up the price of Ethereum, now firmly above $3000.

Not to mention that in the last few days the amount of Ethereum deposited in staking has exceeded 10 million units, a tangible sign that many investors are keeping their Ethereum in their wallets precisely in view of a possible rise in its price.

The post Ethereum heading for Ethereum 2.0, PoS in the air appeared first on The Cryptonomist.