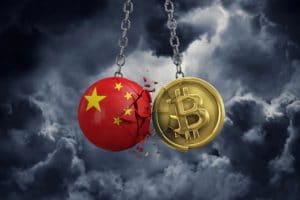 More mining farms and nearly 4,000 machines for mining Bitcoin and cryptocurrencies using the PoW protocol have been seized in China.

The country banned mining completely in May last year, and at first it seemed that it had succeeded in imposing a total ban across the country.

However, it was later discovered that a number of Chinese were continuing to mine Bitcoin incognito, so much so that some estimates suggest that 20% of the world’s hashrate is still allocated in China today.

So the country had to continue searching and flushing out the miners to seize the machines, as it happens in other parts of the world where mining is banned.

A recent official statement from Guandong Province reveals that in March 2022, the city of Dongguan carried out 6,050 inspections, uncovering 24 real mining farms and 35 home-grown miners, and seizing almost 3,000 machines.

In addition, the Dongguan Development and Reform Office seized a mining farm located in a 2,000-square-metre sublet industrial building in the Yinmandi Industrial Zone of Xiegang City, where they found and seized nearly 1,000 machines.

According to data from energy consumption analysis, this single mining farm would have consumed at least 900,000 MWh since July 2021. Estimates of how many BTC have been mined have not been revealed.

It is worth noting that this illegal mining farm was opened two months after the ban, so it is possible that at first almost all miners in China ceased operations, only to resume them illegally at a later date.

The Chinese crypto market has never completely stopped, even after the ban on trading on exchanges, and this clearly shows how difficult it is for even a very authoritarian government like China to stop cryptocurrencies.

It is also unknown whether any Bitcoin have been seized and what the authorities might do with any seized BTC. In any case, seized Bitcoin are usually auctioned relatively quickly by the authorities in order to collect fiat currency.

At this point, it is to be expected that this kind of fight between illegal miners and the authorities will continue for a long time in China, as China has been trying to clamp down on people using or mining cryptocurrencies for at least five years now, but has not yet fully succeeded.

States can limit crypto activities to a great extent, but they cannot stop them completely. As long as there are crypto-friendly states in the world, it will be impossible to stop the exchange and use completely.

And given that there is now even a state where Bitcoin has been declared legal tender (and thus forced) at this point in time, it is unimaginable that their use can really be stopped.

The only alternative for states accepting this situation, with no illusions of being able to change it, is to regulate the use with laws that can be easily respected by citizens or to simply give up and let them circulate freely.

In this, China is most likely fighting a battle that it has already lost.

The post China: Bitcoin miners under attack appeared first on The Cryptonomist.