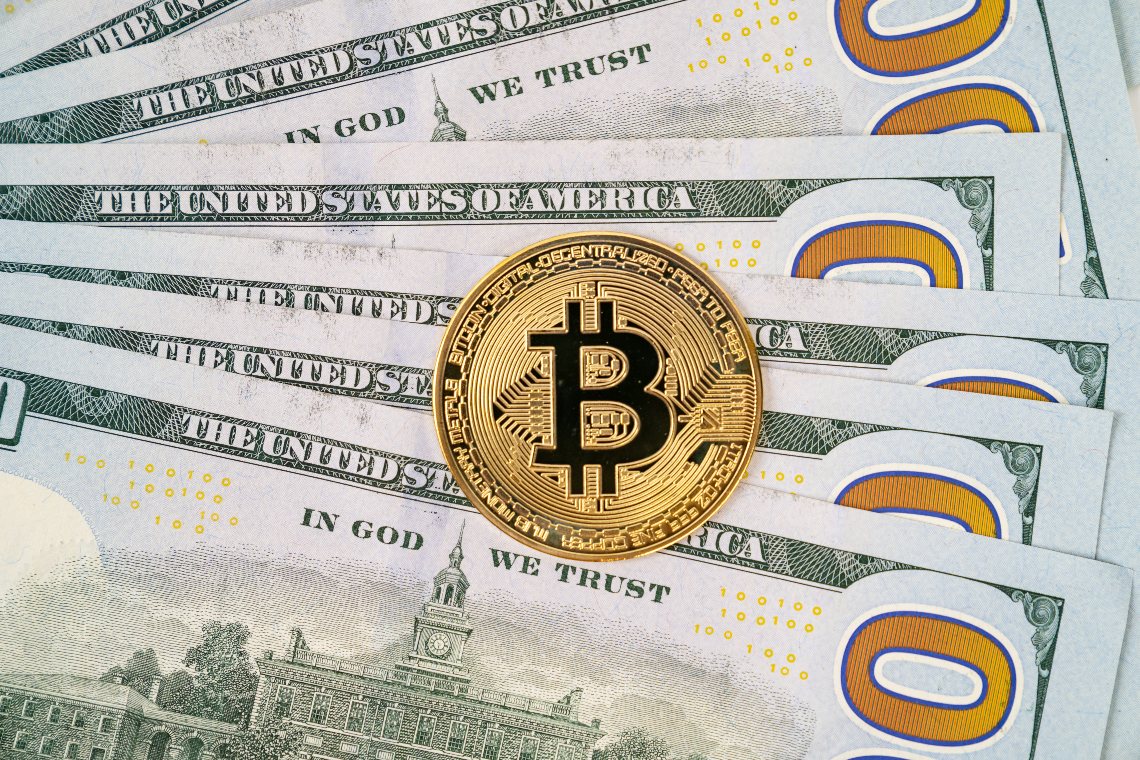 In the April 2021 Bloomberg Crypto Outlook, analyst Mike McGlone of Bloomberg Intelligence goes so far as to speculate that bitcoin could reach $400,000 during 2021.

The report states that the technical outlook for its price in 2021 remains strongly bullish, provided that the patterns observed in the past are repeated. McGlone speculates that bitcoin’s current price trend would indeed appear to be more or less set for an appreciation similar to those of the past.

In particular, a chart published in the report would show a current price trend similar to those that led to gains of around 55 times, in 2013, and 15 times in 2017. 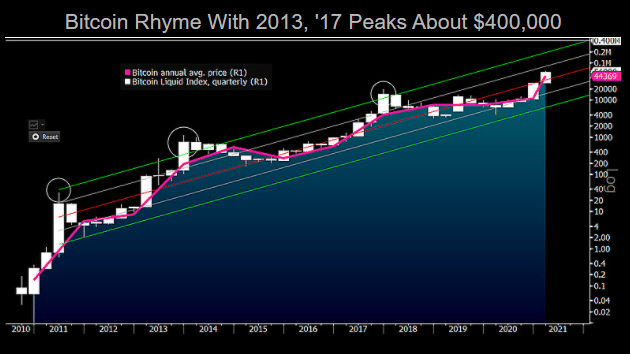 Should the past trend be confirmed, McGlone speculates that the price of BTC in 2021 could reach extreme prices, approaching $400,000.

In particular, McGlone points out that, in September 2020, 180-day volatility almost reached an all-time low in October 2015, and from that month’s average price, bitcoin increased just over 50 times until it peaked in December 2017.

It is precisely the low volatility, as well as the halving, that is a common feature of these periods, so it certainly looks like history could repeat itself.

McGlone also points out that the initial support of the current cycle is around the average price of 2021, i.e. $44,000.

To get a visual idea of what the analyst of Bloomberg Intelligence is describing it is worth taking a look at the comparison table published on Twitter by Bitcoin Archive, which compares the four cycles of the price of bitcoin, ever since we have data (2010) until today.

#Bitcoin is just getting started.

By looking at the two curves from the second and third epochs, i.e. those including the 2013 and 2017 peaks, and drawing a straight line connecting the two peaks, projecting this straight line onto the current epoch gives precisely a maximum price for 2021 of just under the $400,000 assumed by McGlone.

It must be stressed, however, that these are projections based on the past, though within a profoundly different macroeconomic scenario. However, so far this fourth epoch of the price of bitcoin has shown to repeat patterns that are very similar to those of the previous two epochs.

The post Bloomberg: bitcoin could reach $400,000 appeared first on The Cryptonomist.