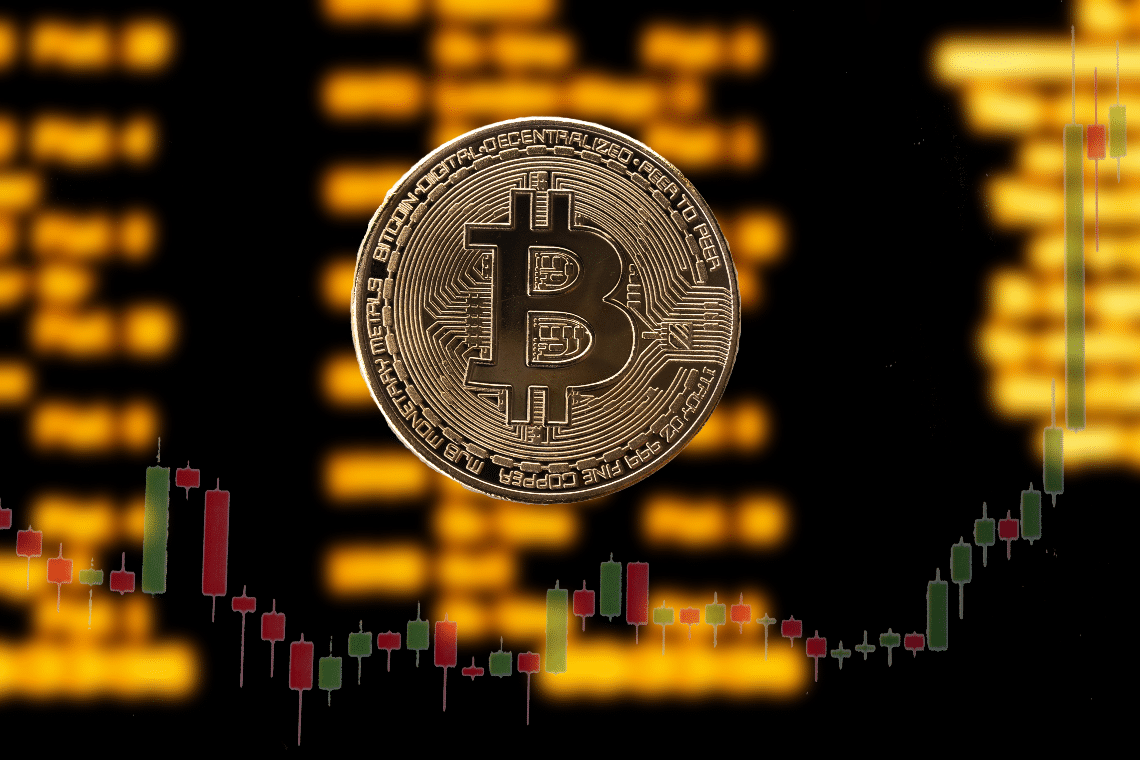 An eventful weekend, the likes of which has not happened since mid-February. Between Saturday and Sunday, bitcoin’s strong bearish movement dragged the rest of the sector with it.

In just a few hours there were double-digit declines. For many of the major exchanges, losses exceeded 20%, triggering high volatility and an all-time high in trading volumes. In fact, total trading for the entire sector on both Saturday and Sunday amounted to $1 trillion.

Even in the derivatives market, futures traded at one of three all-time highs, with $15 billion traded in bitcoin futures on Sunday.

During the hottest part of Sunday’s decline, major futures exchanges saw more than $10 billion in aggregate liquidation within hours, creating a gap with the spot market at certain points during the day.

Particularly stressed were the Binance and Kraken exchanges, with price deviations between futures and spot up to $10,000.

The market tensions saw bitcoin trading close the day on Sunday at over $21 billion.  It is the fifth-highest trading day recorded for BTC as well as the highest ever over a weekend.

Dogecoin (DOGE) against the trend

In such a mixed moment, Dogecoin (DOGE) continues to stand out as it continues to buck the trend, not only in terms of price which remains pegged to last week’s absolute highs but also in terms of total trading volume recorded on the major exchanges.

In the last 48 hours, Dogecoin has traded above $15 billion and is now trading higher than Ethereum.

The total market capitalization is back above $2 billion after falling below $1.9 trillion during the most turbulent hours of the weekend.

Unlike what usually happens when the entire sector goes down, bitcoin continues to lose dominance this time, dropping to 51% in these hours, its lowest level in three years. 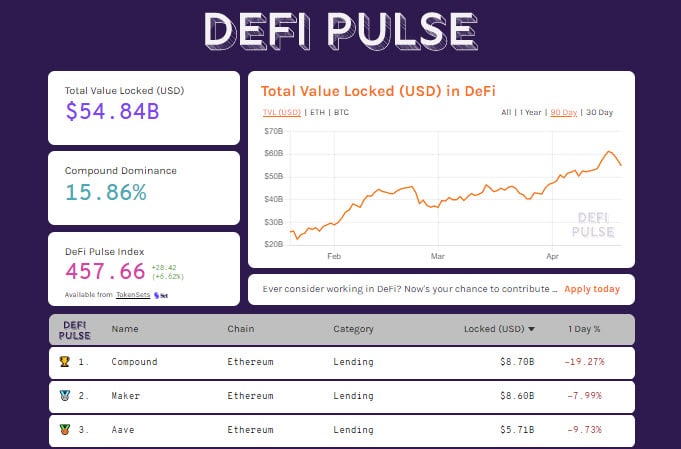 DeFi’s TVL, after surpassing $60 billion over the weekend, is now below $55 billion. The total value of collateral on Compound has also fallen back below $9 billion, levels just above Maker, the second most used project.

After more than a month, bitcoin saw prices fall below the dynamic bullish trendline that accompanied the strong trend that last week saw it record new all-time highs, touching $65,000.

The shock that hit prices over the weekend recorded a selloff of over 20% from the highs and a return of prices to test the lows already seen with the previous bearish movement at the end of March, namely the $50,000 area.

This is a psychological support level as the real technical support is in the $53,900 area. This is the level to be monitored in the coming hours to understand if today’s rise that sees bitcoin recover over 4% from yesterday’s levels, is a rebound or the beginning of a recovery.

Even for Ethereum, this was a strong bearish move which saw it lose around 25% from Friday’s highs. Unlike Bitcoin, the decline does not affect the bullish trend that has accompanied the rise since late December 2020. It is a signal of strength that continues to characterize the trend and to differentiate itself from bitcoin in terms of technical structure.

In the next few hours, it is worth monitoring 2,130 dollars, a level that coincides with the relative highs of the beginning of the month.

The post Bitcoin recovers after the bearish movement during the weekend appeared first on The Cryptonomist.